How did 'scientific medicine' come to be the dominant method of health studies in the western world?

Modern western scientific medicine is often called "biomedical" because it explains health in terms of biology. It attaches importance to learning about body structure (anatomy) and systems (physiology), in particular to understanding mechanisms like the heart, arteries, nerves, brain and so on.

Health is seen as a state where all the parts of the body function normally, like a new repaired car. If bits go wrong—if the body is struck down by a virus, internal changes damage it, or parts wear out—it goes in for repair by specialists. This view offers a particular and distinctive way of ‘seeing’ and understanding bodies and health, a set of guidelines about relating to them and dealing with them—to look after them as systems which need care and proper maintenance by their owners.

So a biomedical account is one which gives a physical or biological explanation for health, and offers physical/biological methods for ‘repairing’ bodies when they are not working correctly. Certain tests establish what is wrong. Then antibiotics or other medicines act as a cure, or surgery can repair or replace body parts. The biomedical model is an integral part of western cultures and the way health and healthcare are perceived. It is, in many instances, an efficient and effective model of healthcare (consider broken legs, tumours, tuberculosis, slipped discs and a host of other illnesses or physical problems). 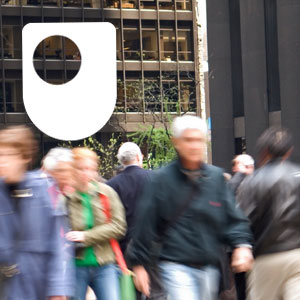 What does your health mean to you? What features in society affect it? The tracks on this album...

People’s views of their health, how it can be maintained and the appropriate action to combat illness when it is identified are, of course, individual. However, individual understandings emerge partly from wider historical and cultural patterns and trends. It is therefore worth reflecting on how the biomedical way of conceptualising health has come to dominate in the West.

With the rise of biomedicine came greater knowledge about the causes of infectious diseases. With greater urbanisation during the Industrial Revolution came widespread disease, which led to the public health movement. The key tenet of public health theories, of whatever type, was (and is) that health and disease arise from the relationship of individuals and populations with their natural or manufactured environment, and that the promotion of health and wellbeing requires intervention to modify or transform that environment.

In the late nineteenth century, however, the significance of public health theory was challenged by the germ theory of disease which suggested that disease was caused by bacteria, and that a specific micro-organism would be present in every case of a particular disease. Most medical research was by now being done within a dominant scientific paradigm. Germ theory was derived from nineteenth century microscopic research by Louis Pasteur and Robert Koch, among others. Pasteur demonstrated the existence of micro-organisms, which could be killed by sterilisation and the exclusion of ‘impure air’, or made to multiply rapidly in suitable media. Koch succeeded in isolating the anthrax bacillus, growing it in culture, and proving by experiment that its spores could reproduce rapidly even after a long delay, when conditions became favourable. This provided the other principles: that the micro-organism should be able to be grown outside its host, and should still be capable of producing the disease again in the host body.

Germ theory resulted in an enhanced status for laboratory science, and for hospital medicine and surgery. Laboratory scientists such as Louis Pasteur, Marie Curie, James Lister and Robert Koch could isolate and classify bacteria; medical people could use this knowledge to diagnose more accurately and operate more safely. Germ theory focused attention on the specific aetiology and the immediate cause of disease. It also focused attention on the individual and on interpersonal contact, rather than on the significance of the wider social environment in promoting health. Within the public health field, greater attention was given to personal hygiene and to educating working-class women in mothering skills. Germ theory reinforced the official attack on personal filth—spitting, lice, scabies, dirty bodies—but provided no commentary on the social conditions which made such problems widespread in poorer districts.

Germ theory and laboratory science remain important today as doctors rely more and more on laboratory testing to help them diagnose and monitor specific conditions or diseases. However, specific aetiology (that is, the same micro-organism causing the same illness) became increasingly open to question by the mid-twentieth century as scientific research revealed the significance of co-factors, host state, as well as invading organism. In the 1970s Engel called for a ‘new medical model’ which emphasised multi-causality. Research into AIDS, for example, has produced theories which emphasise multiple causes.

Biomedicine has been a dynamic model and played a hugely important part in people’s understandings of health and illness and (perhaps for a majority of people in the UK today) their compliance with the system that supports biomedicine. Proponents of biomedicine suggest that it stands with many fantastic accomplishments: the reduction of high mortality rates such as those found in childhood in the earlier part of the twentieth century, and the eradication of some of the major killers, such as smallpox, polio etc. However, an opposing argument has been put forward that mortality has been dramatically reduced during the past century because of improved housing and working conditions and particularly improved nutrition, rather than because of any particular preventive or biomedical measure, such as immunisation or the widespread use of antibiotics. Whereas biomedical discourse tends to focus our attention on medical advances and interventions at an individual level, others might wish to emphasise links between the total environment and health.

Gold: Medicine for the Brain

Once used for decoration in the ancient world, discover why gold particles are now considered treasure in the world of medicine...

Caldar Bendle gives an overview of herbal medicine, its history and its role in medicine today.

In times of austerity, new thinking and innovations in the way medicines are distributed may well be what African countries need most urgently.

X-rays, CT scans and MRI scans are all medical imaging techniques of great practical importance that have been encountered by a great many people in their medical histories. This free course, Imaging in medicine, illustrates how these techniques work and their limitations and advantages.

In this free course, Predictive medicine, you will learn how advances in genetics could change the way in which diseases are diagnosed and managed. The advent of predictive medicine, based on more detailed DNA profiling of individual genotypes using technologies like gene chips, rather than screening for one gene at a time, may shift the relationship between doctor and patient. People will be seeking advice on how to manage their susceptibilities or genetic risks, rather than looking for treatment for an already existing disorder.