Epicurus, death and the Titanic

Attribution-NonCommercial-NoDerivs 2.0 Generic (CC BY-NC-ND 2.0) under Creative-Commons license In all the coverage of the centenary of the sinking of the Titanic, we’re sometimes brought up with a bit of a jolt by something that reminds us that this was, in essence, a horrific accident in which 1514 people died. This week dozens of twitter uses have suddenly realised this – in the words of one tweeter: "Is it bad that I didn't know the Titanic was real? Always thought it was just a film?"

Well, yes, it’s bad, but the comment should make us pause, and think not only of the dumbness of some folks but also of the depictions of the Titanic, and the philosophical frame of this anniversary. We should, in short, think about death.

The Greek philosopher Epicurus had important things to say about death. He argued against fear of death, claiming that ‘Death does not concern us, because as long as we exist, death is not here. And when it does come, we no longer exist.” That is to say, we ought not to fear death, because when we are dead we’re not around to experience death. So it can’t be a bad experience for us. Since it can’t be a bad experience for us, it should hold no fear.

Epicurus’s argument though, has always seemed unpersuasive to me, perhaps because it seems to rest on another related thought; something like “what you don’t know won’t hurt you.” This excusing suggestion has always seemed to me to be—well—wrong. Suppose that I am betrayed by a friend or lover, but I never realise the betrayal; I continue on in my own sweet way, knowing nothing of the breach of faith.  It seems hard to accept that no harm has been done to me.  And similar examples arise in the case of the Titanic and its depictions. 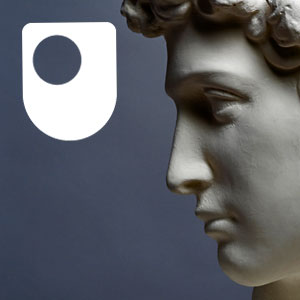 The history and development of political philosophy has been dominated by many inspirational and...

The first example is the harm caused—in 1997—to Officer William Murdoch, who died on April 15th 1912. Murdoch was portrayed in the 1997 James Cameron film Titanic as a corrupt coward, and a murderer. To be blunt, this was false. Murdoch in fact acted with great bravery on the night of the 15th April. He did his duty, and assisted hundreds of passengers to the lifeboats, and throwing deckchairs overboard for survivors in the sea to cling to.

The depiction of Murdoch in the Cameron film traduced his reputation after his death. 20th Century Fox belatedly acknowledged this when the Vice President made a £5,000 donation to the school in Dalbeattie, Murdoch’s home town, and issued an apology. But look closely at that payment, and the harm it is supposed to—and clearly fails to—cancel out. Officer Murdoch’s nephew remarked that, "In three or four years people will have forgotten about this ceremony but the film and video will still portray my uncle as a murderer when he was a hero and helped save many passengers."

The damage, the traducing (it seems to me) is ongoing, and it is damage to William Murdoch - not just his descendants, or the schoolchildren at Dalbeattie. The depiction in the film is a depiction of a real individual, recognisably placed on a real historical situation, and then traduced. The traducing of Murdoch harms him (even in his absence) and—if this is right—is a counter-example to Epicurus’s view.

Beyond the case of William Murdoch, the whole of the Cameron film seems, in another way, to traduce those who died. It’s not hard to find authentic tales of tragedy and heroism, of cowardice and coincidence in the history of the 1912 sinking. But James Cameron and 20th Century Fox clearly decided that those tales were insufficiently cinematic, insufficiently entertaining to form the centrepiece of his movie. So he made up a story. The entirely fictional plotline of ‘Rose’ (Winslett) and ‘Jack’ (de Caprio) substitutes for the story of those who actually died. In doing so, those who actually died (albeit less entertainingly) are demeaned, devalued, and exploited after their death, as their deaths provide merely the occasion for, but not the content of, a blockbuster movie.

These two examples matter because Epicurus was wrong about death. If you (like me) feel somewhat queasy about the depiction of Murdoch, the fabrications of James Cameron, then – I’d suggest – that’s partly because you cavil at the harm done to those who died.  But this is a paradox. These harmful depictions take place after the death of those depicted.  They seem to refute the claim that there can be no harm without there being a subject of that harm present.  The harms are real, even though the subjects of the harm died in 1912.  And, if this is right, one thing that Titanic illuminates is our need for a more sophisticated view of what it is that is bad about death.