Would all religions benefit from having women leaders?

Does history show us that the greater participation by women as leaders could enrich some or all religions?

Art History Images (Holly Hayes) under CC BY-NC 2.0 licence under Creative-Commons license Mosaic of Theodora in Basilica di San Vitale, Italy Roman Catholic official teaching is that women cannot be priests. The Church of England is currently divided over whether women can be bishops. Muslims celebrate the role of the Prophet’s wives in protecting, encouraging and properly practicing Islam. Nonetheless, most Muslims insist that because women and men are “equal but different” women cannot lead congregations in the way that men do. Orthodox Judaism does not allow women to be ordained as rabbis. Even in religions where Goddesses are honoured, women are not always able to take on the same tasks, responsibilities or authority as men.

There are other religions which would not work at all if there were no women leaders. Sometimes roles are open to people regardless of gender. Sometimes tasks and duties are specifically allocated to either women or men. Many communal cultural events among Maori are initiated by a woman inviting people, with their ancestors, to participate. Without the ceremonial call, nothing could happen. In Wicca, priestesses have the chief authority in groups. They insist that a dynamic interaction between female and male energies, derived from the Goddess and the God, requires a complementary relationship between women and men.

Broadly speaking, there are two kinds of argument presented for and against women’s leadership in religions. One is based in history, the other in ideas about gender. To put this another way: what people see as the benefits and problems of women’s leadership are associated with arguments about tradition and about equality. Right now debates like these are most hotly contested among Christians so we will use Christianity to illustrate the kind of arguments used in many religions.

For those Christians in favour of women’s ordination it is of massive importance that early Christian texts identify women as the first witnesses of Jesus’ resurrection. Witnessing (telling others about events) is Christianity’s defining practice. The fact that women told the world about this key moment leads some to argue that women should be priests now. Those in favour of a male-only priesthood do not dispute what the texts say, but they can argue that the relevant narratives are really about the initial failure of men to fulfil what was expected of them. 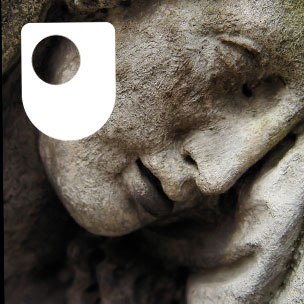 Why study religion? An understanding of the world’s religious traditions is crucial in helping us...

Another source of debate is found in the ancient catacombs (underground burial and meeting places) in Italy. One wall-painting is said to show a woman being ordained. Another seems to have a woman leading the eucharist. Most controversially, one mosaic has been altered so that an identification of a woman, Theodora, as a bishop now names the subject as a male bishop. The original seems to powerfully support the possibility of women taking the highest positions in Christian leadership. However, some argue that the wives of early bishops and priests (before Christian clergy were supposed to be celibate) could share their husbands’ titles. A contemporary form in the BBC TV comedy-sitcom series Rev in which Alex Smallbone (the vicar’s wife) is sometimes called Mrs Vicarage.

So, foundational texts and other historical sources can be used to support opposing arguments for and against women’s leadership in Christianity. You may be familiar with similar debates about leadership elsewhere. For instance, the undoubted importance of the wives of the Prophet in Islam, and the clear evidence of the Quran that women have the same rights as men in some circumstances, does not necessarily lead to women being able to lead services or congregations now.

Those concerned about women’s leadership (for or against) often suggest that there is something about women’s bodies and life-cycles that deserves consideration. Indeed, they sometimes argue that these matters are implicit (at least) in the sources that they quote as evidence. Some argue that menstruation and childbirth would interrupt women’s ability to serve communities. Others argue that men could be distracted from spiritual matters by women’s attractiveness. Those who argue in favour of women’s leadership consider it unjust that some people are barred from some ways of serving their deity or community purely because of their gender. Some point out that celebrating leadership by women and men equally would teach everyone that all humans are equal: no-one is made more holy by the mere possession of one kind of genitalia rather than another.

In considering whether or not the arguments offered for or against women’s leadership in particular religions, it is important to ask what kinds of leadership is needed, and what kinds of sources support proper arguments. The chief question that interests us, however, is whether greater participation by women as leaders would enrich some or all religions. What do you think?

What are your thoughts on whether women leaders can benefit religions? Vote in our poll and share your views.

This discussion is closed: you can't post new comments.