The Bank of England is the central bank of the UK, but do you know anything about it? Take a look at these 5 facts...

1: It was created to act as the Government's banker and debt manager

Established on 27 July 1694 as a private bank, The Bank of England was to act as the English Government's banker. It was primarily founded to rebuild the navy in the war effort against France. William III and Queen Mary were two of the original stockholders. It's Royal Charter said that the bank was founded to ‘promote the public Good and Benefit of our People’. The Bank of England officially opened its doors for business on 1 August 1694 in Mercers' Hall in Cheapside; it employed seventeen clerks and two gatekeepers. In 1734, the Bank of England moved to the site on Threadneedle Street where it still lies today. Nowadays, it still is one of the bankers for the UK's government (nationalised in 1946), is the UK's central bank and has the aim of promoting' the good of the people of the United Kingdom by maintaining monetary and financial stability’.

2: Its responsibility is shared between three main bodies

Low and stable inflation and confidence in the currency are the two main aims for monetary stability. These are maintained by ensuring that price increases meet the Government's inflation target. This happens by adjusting the base interest rate, which is decided by the Monetary Policy Committee. The MPC meets regularly to monitor developments in the economy so it can set the interest rate and adjust the amount of money in the economy to meet the Government’s target. You can find out more in the video below.

The Financial Policy Committee identifies, monitors, and take actions to remove or reduce financial or macro-economic risks that threaten the resilience of the UK's long term growth prospects. The FPC was established in 2013 as part of the new regulations brought in to improve financial stability in the UK after the financial crisis.

The PRA supervises banks, building societies and credit unions, insurers and major investment firms and focuses on the danger that financial firms can pose to the stability of the UK financial system. The PRA has two primary objectives – to promote the safety and soundness of these firms and, for insurers, to secure protection for policyholders. It also facilitates effective competition.

3: It is known as the 'Old Lady of Threadneedle Street'

For over 200 years, the Bank of England has had the nickname ‘The Old Lady of Threadneedle Street’ – sometimes shortened to ‘The Old Lady’. This dates back to a cartoon published in 1797 by James Gillray depicting the Prime Minister at the time, William Pitt, trying to seduce an old lady dressed in bank notes (representing the Bank of England). Pitt's true intention is to actually get hold of Bank of England’s reserves: namely, the gold coins in the old lady's pocket and the gold money-chest she is illustrated sitting on protectively. The cartoon also includes the drawing of a 'loans' document, conveying how Pitt's government where continually demanding money from the bank. The caption underneath reads 'POLITICAL RAVISHMENT, or The Old Lady of Threadneedle Street in danger!'

4: It sometimes creates extra money to help the economy

This is known as quantitative easing. Quantitative easing is created using digital money buying predetermined amounts of government bonds in order to inject money directly into the economy. This makes it cheaper for people and businesses to borrow money; thus, encouraging spending. This unconventional means it is only really used when inflation is very low or negative, and standard monetary policy has become ineffective. You can find out more in the explainer video below.

The Bank of England has one of the largest gold vaults in the world. They they keep hold of the most amount of gold in the world after the New York Federal Reserve. These are worth over £100 billion which is equivalent to 5,134 tonnes of gold. It's estimated that the vault could hold around 3% of the gold mined throughout the history of humankind. While you can no longer buy any of the gold bars, you can hold a real one in the Bank of England Museum.

More on money and finance

The People on the Notes: Adam Smith

Adam Smith, author of Wealth of Nations, has been the face of the £20 note since 2007. But have we got the wrong idea about his impact on the history of ideas?

The People on the Notes: Jane Austen

2017 marked the bicentenary of Jane Austen's death and to commemorate this she is now featured on the £10 note. Find out whether the note truly represent's Austen's life and work...

The People on the Notes: Elizabeth Fry

Elizabeth Fry, sometimes known as 'the angel of prisons', was depicted on the £5 note for over a decade - only recently being replaced a couple of years ago by Winston Churchill. Here's what we know about her: 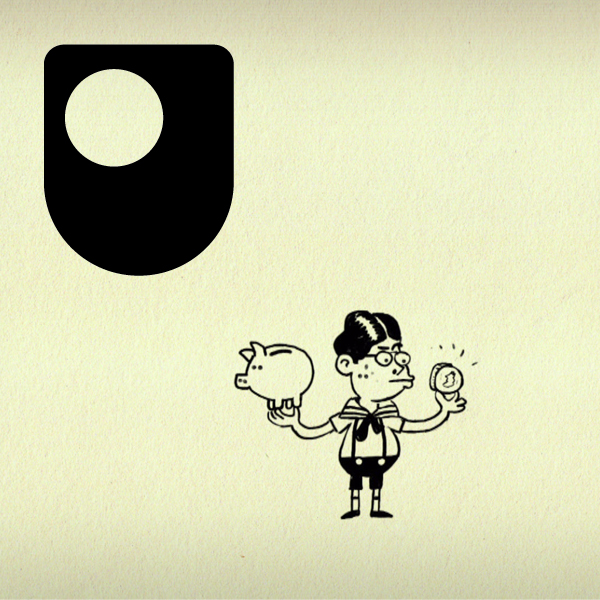 Ever shaken an invisible hand? Been flattened by a falling market? Or wondered what took the bend out of Phillips' curve? David Mitchell helps reveal some of the great dilemmas faced by governments trying to run an economy - whether to save or spend, control inflation, regulate trade, fix exchange rates, or just leave everyone to get on with it and not intervene. You'll learn why Adam Smith put such a high price on free markets, how Keynes found a bold new way to reduce unemployment, and what economists went on to discover about the impact of policy on people's and businesses' behaviour - which may not always be entirely rational...

Gain the skills to manage your investments: analyse portfolio risk and plan your pension, with this free online course.

This free course, Managing my money, allows you to gain the skills to manage your personal finances: managing budgets, debts, investments, property purchase, pensions and insurance.