Greenpeace at 40: from ecological pirates to lobbyists and lawyers

Few political groups sustain decades of useful work, never mind achieve the global reach of campaigning organisations like Greenpeace. In this blog post, the OU's Mark Smith gives an overview of how the group has developed.

On their 40th Anniversary, it is important to note that the conditions of Greenpeaces’s emergence were radically different from the situation that organisation now faces and has done for some time. In 1971, there was still little public understanding or acceptance of the need for environmental protection, saving endangered species, and prevention of pollution by toxic chemicals and nuclear waste. In fact, on the latter, information was restricted under national security legislation in many countries. Coverage of the major 1957 Windscale nuclear leak (today, Sellafield) had been restricted to column inches about milk in the local press.

Suddenly, Greenpeace alongside other groups (including the early work of Friends of the Earth) provided a series of romantically charged and media savvy protests that caught the public imagination. This contrasted sharply with the dull lobbying but necessary conservation work of other groups such as the Sierra Club. The environmental economist, Fred Pearce (1991) described Greenpeace as a ‘swashbuckling success’, with these pirates of the environment placing themselves in often serious danger disrupting whaling practices in vulnerable dinghies, climbing cranes and major public buildings to unveil gigantic posters, scuba-diving to place plugs in nuclear waste outlets, teaming up with maritime unions to restrict and block-aid toxic waste materials, and even setting themselves up against the French state over nuclear testing in the Pacific (this last campaign provoked the French security forces to sink the Rainbow Warrior in Auckland with the loss of one life in 1985).

Nothing seemed too risky or too flamboyant to raise public awareness. Greenpeace had set itself the task of changing taken for granted common sense about the environment and human treatment of it through a range of high publicity stunts. This meant that corporate actors and mainstream political institutions found it more difficult to react and constrain the effectiveness of Greenpeace activism. Success, however, creates its own dilemmas, such as the accumulation of assets that can be subject to litigation in compensation cases. It is widely reported that Greenpeace avoids action in certain oilfields because of the threat of expensive legal cases by some energy companies. In addition, the after effects of the successful Brent Spa campaign (1995), when Greenpeace claims about the extent of potential pollution from decommissioning an oil platform had been accepted at face value by the media, turned out to be wide of the mark. To committed activists this was a useful application of the precautionary principle in preventing maritime pollution – that the oceans should not be treated as dumping grounds. For the media, they felt that they had placed too much trust in Greenpeace as a source of knowledge and expertise. As the organisation hierarchy developed in Greenpeace, financial support increased and the range of issues it covered widened, older activists felt it was losing its original purpose.

Earth in crisis: environmental policy in an international context 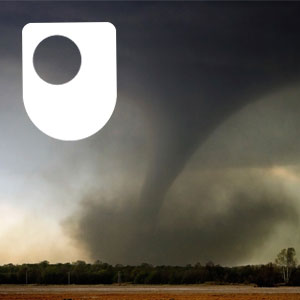 This innovative album introduces one of the biggest, and most complex, of today’s environmental...

These problems seem to have led to a slightly different approach since 2006. The effectiveness of threats of litigation may even have been the spur. One of the ideas picked up in part from ‘free market’ environmentalists is to use property laws against polluters. In 2008, rather than experiencing short term prison sentences and other penalties for trespass at the Kingsnorth power station (as part of a campaign on climate change), six activists were acquitted. The defendants in the case had been accused of £30,000 of criminal damage through the effects of paint on smokestacks at the power station, but they developed a successful defence on the grounds that the coal power generator was already damaging private property as a result of climate change resulting from greenhouse gas emissions. Key to this success was the range and reputations of expert witnesses called to speak on behalf of the activists. The legal system is increasingly a contested space in environmental activism.

Greenpeace International has also become more concerned with media representation and global campaigns and partnerships (retaining copyright control over all Greenpeace activities) while at the same time having greater organisational diversity as its offices have spread across the world. In its Southeast Asia office in Bangkok, campaigns have focused on power generation, especially coal and gas, air pollution hotspots such as Map Ta Phut, and the Papaya protests against GMOs. As a result, Greenpeace operates in diverse conditions at multiple scales and through a diversity of acts. It is, in financial terms, relatively dependent on individual membership subscriptions and donations in developed countries (mainly Europe) but also screens donations to avoid undue influence from companies, parties, and international organisations. Some of its activities have been inspirational to other direct action groups such as Sea Shepherds, with some controversial tactics being outsourced, yet it is still more outsider than insider, still willing to speak truth to power.