What happens to the human body in space?

What happens to astronauts' bodies when they come back down to Earth after being in space for some time? This interactive explores.

Major Tim Peake said readjusting to Earth’s gravity had been much harder than acclimatising to life on the ISS; some astronauts recover in weeks and others up to three years after landing. Explore the image below to find out what happens to the human body in space - click on the stars the on the pop-up box to look into each body part. 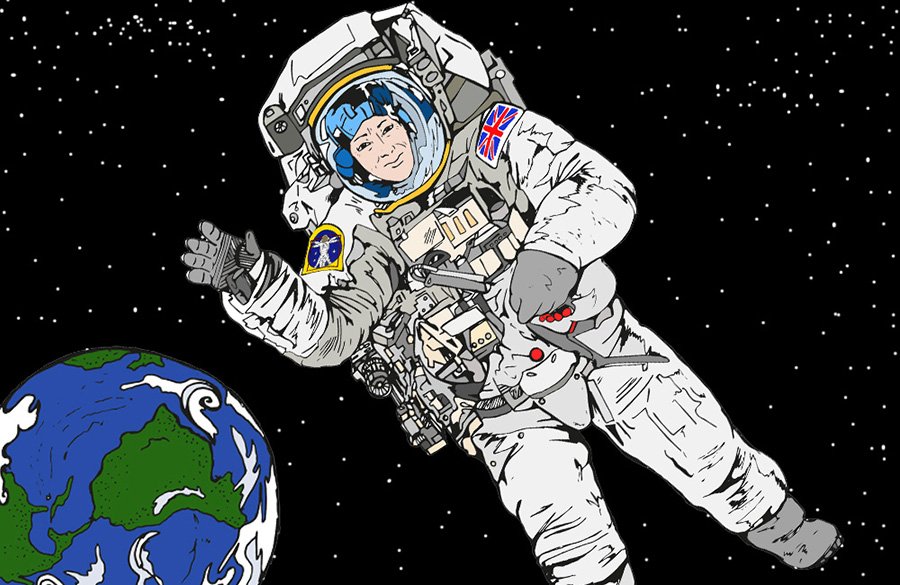 The head and ears

While floating in microgravity, the vestibular system (the system that controls motion, balance, orientation and gravity) doesn't need to work as hard. Once an astronaut lands back on Earth, their sensors become overstimulated as the brain tries to remember which way is up and which way is down; this can result in dizziness, vertigo and nausea. The inner ear doesn’t function in space as it does on Earth as it is particularly sensitive to gravity and motion. Upon return to Earth from space, astronauts may experience problems with maintaining balance, walking and turning. In the first 24 hours of being back on Earth, Time Peake said he experienced dizziness and vertigo every time he moved his head and described it as “akin to the world’s worst hangover in terms of everything that’s going on in your head”.

Tim Peake noticed his eye sight changed in space and speculated this was down to carbon dioxide or intracranial pressure; his eyeballs changed shape and he needed reading glasses after his return to Earth. Pressure on the optic nerve caused by microgravity can give astronauts on short missions blurred vision – sometimes for life.

The lips and tongue

Yes, you even learn to speak differently while living on the ISS, which is in continuous free-fall as it orbits Earth. Astronauts can experience problems with speech once they land.

The cardiovascular system is massively influenced by gravity. In space, the heart becomes much smaller and the blood volume decreases; the longer the space flight the more problematic the changes. 80% of astronauts experience low blood pressure once they return. As a result, they are prohibited from driving three weeks after landing. Tim Peake’s heart aged by a whopping 20 years after his time on the ISS.

Although Tim Peake ran a marathon in space he still lost a lot of muscle, both skeletal muscle mass and strength. Research suggests that muscle strength is reduced by 30% after spending 110 to 237 days in microgravity.

Astronauts can lose up to 1.5% of their bone mass for every month they are in space. 97% of the loss occurs in the weight-bearing bones, such as the pelvis and legs. Astronauts are far more likely to break their bones in the first year of returning to Earth. While Tim Peake said, after a month of being on the ground, most of his body’s results had returned to how they were pre-launch level, his bone density would return to normal much later on – maybe a year or two later.

Astronauts experience an extreme heaviness in the limbs after landing. This is because the fluids flow from the head and upper body back to the lower body. Muscle atrophy causes reduced blood flow to the lower limbs. The legs are also at high risk of fracturing on return to Earth (see the bones).

The effects of radiation, microgravity, isolation and stress can contribute to immune dysfunction. The change in circadian rhythm (the body’s mechanism that regulates wakefulness in a 24 hour cycle) changes severely while on the ISS – astronauts experience the day/night cycle 16 times during a 24 hour period, this can also contribute to a weakened immune system. Tim Peake said his sleep quality in space wasn’t as good as it is on Earth.

It’s not all bad! Astronauts get taller in space due to the spine not being compressed by Earth’s gravity.