How old is a mountain range?

Eleni Wood explains how the science of 'geochronology' can be used to effectively analyse the history of a mountain range.

When we think about mountains we might think about them being constant, permanent features of our landscapes. However, through geology, we know this isn’t the case. The surface of our planet is forever changing and evolving, due to the movements of tectonic plates that make up our rocky crust. Mountains grow in the collision zones between plates over millions of years, but their presence is only transient as they are slowly eroded away again.

The science of 'geochronology'

I am applying this science to rocks that I collected from the Himalayan mountain range during fieldwork in Bhutan. The rocks that I study are metamorphic rocks; the minerals they contain have undergone chemical and physical changes, due to being buried 10s of kilometres beneath the surface. At great depths beneath the mountain range, extremely high pressures and temperatures can cause new minerals to crystallise and grow. We can establish when some of these minerals grew using geochronology.

When any minerals of zircon and monazite, within the metamorphic rocks, incorporate radioactive elements such as uranium into their crystalline structure when they grow. Uranium is unstable and decays over time to stable lead. When the minerals grew they started a radiogenic stopwatch; they incorporated very little lead when they grew and therefore most of the lead we can measure in the mineral today formed from the breakdown of uranium.

Geochronology uses the principle that uranium decays exponentially at a known rate and measurements of the relative proportions of uranium and lead isotopes in the minerals, to calculate when they grew. This can be imagined as if we were looking at a sand timer where we know the rate at which sand falls through the timer. If we turn over the sand timer, letting the sand fall from the top to the bottom, and want to know how long it had been turned over for, we could compare how much sand is in the top versus the bottom. Similarly, we can compare how much uranium and how much lead there is in a mineral to work out when it grew.

Some of Britain's most dramatic scenery is to be found in the Scottish Highlands. The sight of mighty Ben Nevis, the desolate plateau of the Cairngorms, or the imposing landscapes of Glen Coe can unleash the call of the wild in all of us. Although these landforms were largely carved by glacial activity that ended some 10,000 years ago, the rocks themselves tell of a much older history. The Highlands are merely eroded stumps of a much higher range of ancient mountains. This free course, Mountain building in Scotland, is an account of the origin and demise of that ancient mountain range, based on the geological evidence laid before us in rock exposures.

The Saving Species team hear from Ian Redmond on protecting mountain gorillas in Africa, including the deaths of Dian Fossey and Digit

Geological processes in the British Isles

The landscape of the British Isles has undergone dramatic changes during the history of the Earth, from shallow sea to desert to the familiar terrain of the 21st century. In this free course, Geological processes in the British Isles, you will explore the processes that have shaped the British landscape over time, gaining insight into the geological evolution of the entire planet. 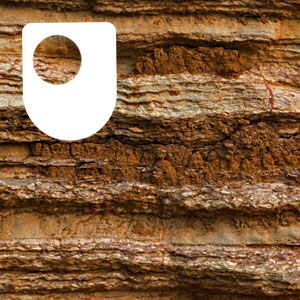 Geology is the scientific study of the Earth, its origin, structure, processes and composition. This album is concerned mainly with the interpretation of geological maps and the relationship between the landscape and underlying rocks. It reveals how the geological history of any area can be interpreted from a geological map. Dr Andrew Bell visits Morecambe Bay and the 'special' Siccar Point to investigate the rocks and stones in the area. This material is taken from The Open University course S260 Geology.

This interdisciplinary degree combines aspects of biology, ecology, geography, chemistry, technology and social science to help you understand the whole picture. This course will develop the scientific and technical knowledge and skills required to investigate ecosystems; to understand fundamental environmental patterns and processes; and to address local and global environmental issues. You'll study the problems we face in understanding our natural environment and living sustainably.

How to read a rock

By understanding the ways in which minerals combine to form rocks like the way words link to form sentences, we can start to unravel the secrets of the earth.