We have 0 pages tagged as 'cosmology' ? Tags provide details about an item and make it easy to locate related items that have the same tag.

If you are interested in using quantitative physical methods to understand relativistic and high-energy processes in the Universe, and already have a good background in OU level 2 maths, physics and astronomy, then this is the module for you. This module comprises three parts that present, in turn, the theoretical basis for modern cosmology, described by Einstein's special and general theories of relativity; cosmological observations of the local and distant Universe that are used to understand its structure and evolution; and high-energy phenomena in the Universe including interacting binary stars, active galactic nuclei and gamma-ray bursts.

Copyright: By Davidherraezcalzada via Dreamstime under subscription

OU on the BBC: BBC Inside Science - How old is the universe?

This week's BBC Inside Science explores cosmology and the age of the Universe.

This animation looks at Thomas Aquinas and his theory that god is at the start of everything.

OU on the BBC: BBC Inside Science - Listener Q and A

On New Year's Day, an oceanographer, a cosmologist and a zoologist will take listener questions.

A star is born

Dr Alan Cooper tells the story of the pioneering discoveries in physics and astrophysics 100 years ago, from Newton and Einstein, to the birth of cosmology.

Professor Martin Rees, cosmologist and astrophysicist, presents this year's Reith Lectures, which explore the limits and role of science as a common culture.

Professor Russell Stannard explores what kind of universe we live in and what caused the Big Bang. 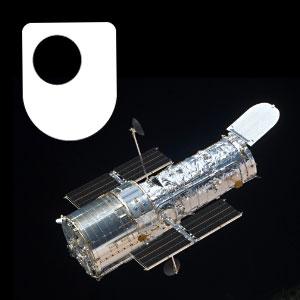 Thanks to cutting edge technology, scientists can peer deeper into space than ever before. The audio tracks in this album feature Dr Robert Lambourne and Dr Stephen Serjeant of The Open University's Department of Physics and Astronomy. They introduce the origin of relativistic cosmology and share the latest ideas about the structure and evolution of the universe. Einstein’s general theory of relativity predicts the existence of black holes and gravitational waves, and the Cosmic Microwave Background Radiation allows cosmologists to picture the universe as it looked over 13 billion years ago. The next generation of infrared telescopes and land-based arrays heralds a new era of precision cosmology, and might shed light on one of the greatest mysteries of modern science - the dark sector. Just what is dark matter and why do we think that dark energy must exist? This album is an introduction to The Open University course S383 The relativistic Universe.

How do the Transits of Venus fit into the development of modern astronomy?