We have 0 pages tagged as 'Galapagos' ? Tags provide details about an item and make it easy to locate related items that have the same tag.

What makes the Galápagos archipelago so unique and what is the impact of this uniqueness on its conservation? 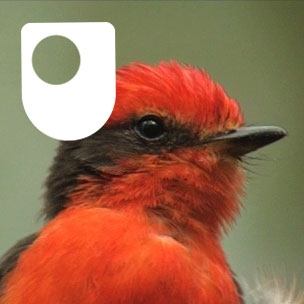 The Galapagos Islands are famous for inspiring Charles Darwin to form his Theory of Evolution based on the biodiversity he'd observed there. This year marks the 150th anniversary of the publication of his "On the origin of species", and the unspoilt islands still fascinate researchers. Some of the plants and animals that live here are found nowhere else on Earth. Today that biodiversity is under threat from an increasing population, tourism and invasive non-native species. The video tracks on this album retraces Darwin's first steps on the Galapagos islands, looks at some of the species that fascinated him, and at how threats to the environment are being managed. It also follows the day-to-day research of two biological scientists - Beatrix Schramm, who tries to get a faecal sample from a Giant Tortoise to learn more about what triggers them to mate, and Martin Wikelski who studies marine iguanas and the problems they face as a result of their choice of food. In the audio track, Open University biologist David Robinson talks about his long relationship with the Galapagos Islands and explores some of the issues raised in the video tracks.

The Open University's David Robinson considers Darwin's continuing influence on Biology as an academic discipline, including the "Out of Africa" hypothesis with regard to human evolution.

Newly discovered pink iguanas, sustainable fibres, healthy eyes, mosquito love songs and do your eyes pop out when you sneeze?

OU on the BBC: Life in Cold Blood - Under the Skin programme guides

A summary of the programmes in David Attenborough's 'Life in Cold Blood' series.

Dr Paul Underhill considers the emotional turmoil Charles Darwin underwent as he faced the prospect of exposing his research on evolution to the Victorian public.