We have 0 pages tagged as 'podcasts' ? Tags provide details about an item and make it easy to locate related items that have the same tag.

In this collection of audio and video podcasts, we ask how some couples manage to stay together for years, sometimes forever.

Planning a trip overseas? Our language podcasts will give you the basics in a range of European languages

Using iTunes U as a teaching and learning tool

iTunes U is revolutionising the way we teach and learn - these short podcasts outline the successful nature of podcasting.

The Atom Bomb in popular culture

German surrender brought the Second World War in Europe to an end. But all feared that war with Japan would drag on and on. Behind the scenes, the US had been working on a secret weapon – the most powerful ever devised – and by August 1945, it was no longer such a secret. These films explore A-Bomb in Pop Culture or: How The West Has Changed its Portrayal of the Atomic Bomb Through Time, from the dropping of the very first atomic bomb, through to the Cold War and right up to the present day. The films conclude by asking whether or not these types of weapon should have existed in the first place, and questioning what the future holds for the A-Bomb.The films relate to The Open University Course A327, 'Europe 1914-1989: war, peace, modernity'. 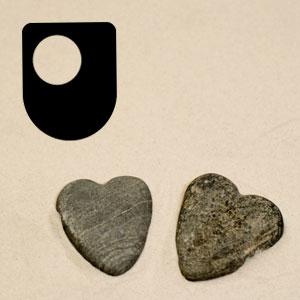 With ever-increasing divorce rates and relationship break-ups, how do some couples manage to stay together for years, sometimes forever? In this collection of audio and video podcasts, we reflect on the adult couple relationship in the UK, how couples perceive love and commitment, and the 'relationship work' that people do to sustain their enduring love.

We're linking up with The Naked Scientists again, for more science in the raw.

Get the Darwin Now podcast

Get the Darwin Now podcast.

Open Finance: Get the podcast

Experts from The Open University Business School reveal how the financial stories of the past offer ways forward for the future.

The world of finance can seem daunting - especially when you're struggling with massive problems: spiraling debt, collapsing businesses, the need to raise revenue or remain competitive. In this series of Open Finance, experts from The Open University Business School share some of the lessons of the past - and how they might hold a route to the future.

On the bus, at the gym, in your bed – listen to the show wherever and whenever you like. It’s easy, convenient and free to download the podcast.

What's the story behind the fall of HBOS? Who's watching you work? How do growing companies stay inventive? Experts from The Open University provide insight into the stories dominating the business world in the Money & Management podcast

A walk around... Scotland: Podcast series

Follow Neil Oliver as he explores Scotland's history - either listen in, or pull on your boots and do the walks for yourself.