We have 0 pages tagged as 'production' ? Tags provide details about an item and make it easy to locate related items that have the same tag.

This module builds on the concepts and techniques in (T192). It begins by focusing on invention and innovation, and the advisory or legislative frameworks used to promote good practice and ensure safety. Examples of patents, standards and an energy case study are examined, providing a basis for introducing key topics in engineering and mathematics. Next, it takes you on a tour of modern manufacturing methods, and explores how these are related to properties of materials, product design, environmental sustainability and profitability. More advanced mathematical techniques, including basic calculus, are introduced and applied in an engineering context.

This free course, Exploring economics: the secret life of t-shirts, aims to describe what goes into making and selling t-shirts. Which resources, which markets, who is involved, the income people get, the income and value they create are all discussed. You will explore these questions at different stages of the production of a t-shirt, and you'll use concepts from economics such as 'supply chains' or 'value added' to answer them. The course will be described using data. You should think about key numbers and data which help constructing evidence of how a t-shirt is produced, from raw cotton to our wardrobe.

What impact does your pet's food have on the environment?

A new layer: Textiles in 2015 - ‘things have changed and not changed’

Southwest Donegal has a long tradition of textile production from local wool resources - how's it doing in 2015?

The Life Story of Your T-Shirt: Production

What goes into a t-shirt? How are they made and what impact does ethics and sustainability have on the supply chain? Get the inside perspective.

The Life Story of Your T-Shirt: Consumers

Your t-shirt goes through a lot when you're wearing it. What's the story of yours? What happens to your t-shirts when you're done with them?

Gearing up for more Spyker cars

How will Spyker's operations need to change if production of their sports cars increases tenfold?

An online experiment in farming and food production, giving members of the public a say in the running of a real working farm

OU on the BBC: Made In Britain

Evan Davis takes on the belief that the UK doesn't make things any more, finding the evidence that we're still, in part, an industrialised nation.

The polymath Richard Sennett offers new ways of thinking about how society produces, consumes and the way we work now. 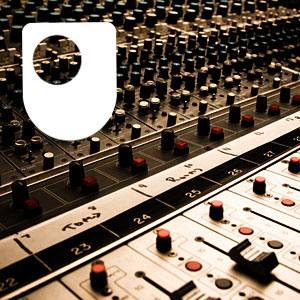 In the last 50 years, developments in technology have had a profound effect on the production, recording and manipulation of music. The 8 video tracks in this album introduce Simon Whiteside, a television and film composer, explore his recording studio and explain how he uses MIDI to create music for films and television programmes. Using an example of one of the programmes he has worked on, Simon illustrates the technical and creative processes involved. This material forms part of TA212 Technology of Music.