Kath Woodward, Professor of Sociology at the The Open University, reflects on the changing place of sport in the lives of Muslim women and their surprising uptake of boxing

By Foxtongue via Flickr under Creative Commons license under Creative-Commons license A Muslim woman prepares to dive The Olympic Movement is informed by the discourse of democratic participation, and the London Games 2012 offer opportunities for a diverse range of nations but also for groups of people who have been hitherto disadvantaged or left out and underrepresented in competitive and elite sport to join in. This raises questions about how far the established sporting competitions can accommodate the diversity of different people and different sports and whether the rules have to change.

The inclusion of women’s boxing in the 2012 Games is a case in point and it is one that has generated controversy, for example because of  the reduction in the space for men’s events arising from the advent of a ‘new’ sport (even though there had been a demonstration of women’s boxing in 1904). More troubling to many has been the very existence of a sport for women the purpose of which is to inflict damage on your opponent – challenging as this does traditional notions of gender. One of main examples of the inclusion of women’s boxing has been the interest in the sport in Muslim countries which are seen as characterised by such traditional sexual divisions. Nations deemed to be unlikely sources of women boxers like Afghanistan have entered the ring. The contradictions of this phenomenon have not been lost on the media: Afghan women boxers train at a gym at the stadium formerly used by the Taliban for executions (including those of women convicted of adultery).

Boxing is not the only sport but it highlights how political transformations can be generated by sport. Embodied sporting practices, joining in, don’t only represent resistance to social oppression and exclusion they are materially part of the challenges to orthodoxy. The idea of care of the self through diet and maintaining a healthy body through healthy living has been invoked in some discussion of men’s boxing in Muslim societies but it doesn’t get much coverage when it comes to women. The combination of anxiety about Islam in the west, which Muslims have to negotiate in their daily lives, and excessive concerns with women’s dress codes, has put Islam and sport onto the agenda. Concerns about dress do not always come from traditional religious leaders: Fifa attempted to stop Iranian Muslim women playing football by insisting that the Iranian team conform to Fifa’s dress code. Patriarchal practices are not exclusive to Islamic bodies.

This is a messy business and demonstrates some of the tensions and contradictions for Muslim women in sport. The regulatory body refuses to permit religious signifiers in dress; others suggests women in traditional dress might be at risk of injury. Some of these debates resonate with those concerning Sikh turbans (instead of protective helmets) on motor bikes, but this one is complicated by sexual politics and is contingent upon contemporary political anxieties about Islam. The debates illustrate some of the problems of effecting change in a regulatory body that is deeply embedded in traditional networks of masculinity; but grass roots engagement is becoming increasingly successful. For example, the new Muslim Women Sport Foundation (MWSF) includes futsal (indoor football) and the Exclusively Women’s Basketball League (EWBL) provides a platform for women, particularly from Muslim and other ethnic minority communities, to gain competitive experience as players, coaches, officials and spectators - in an environment that is sensitive to their religious and cultural needs and providing them with the chance  to gain the highest honour and to represent their country in international competition. 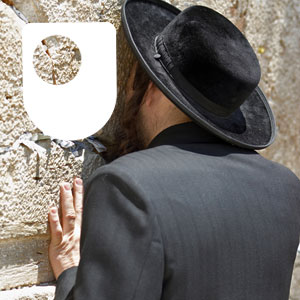 Religion is a powerful force in today’s world, as almost any newspaper or news broadcast will...

Things are changing, with Muslim women actively pursuing sporting interests and negotiating ways of doing so, so that they too can enjoy joining in the liberation that goes with physical exercise - which as Mary Wollestonecraft observed in the eighteenth century is vital to freedom and wellbeing.