As visual media have proliferated in the past thirty years, so have, it seems, our perceptions of crime

In 1980, Gerbner, Gross, Morgan and Signorielli published a summary of their research into public perceptions of crime. They argued that ‘Television makes specific and measurable contributions to viewers’ conceptions of reality. 'These contributions’, they claimed, ‘relate both to the synthetic world television presents and to viewers’ real life circumstances.’

At a similar time, Stanley Cohen published his seminal work, Folk Devils and Moral Panics, which sought to explain the way social perceptions of crime, anxiety over criminal behaviour and those perceived as the perpetrators of crime were fostered in different media. His conclusion? The constructions of crime on TV impact and interact with the social constructions and experience of crime in everyday life.

As visual media have proliferated in the thirty years since the publication of Gerbner et al’s longitudinal study, so have, it seems, our perceptions of crime. As found in Gerbner and Cohen’s work, representations of policing, criminals and the legal system dominate British mainstream television-drama. From the critically-acclaimed American production, The Wire (2002-2008) to the arch ‘retro’ Sherlock Holmes of 2010, to the docile, long-running Midsomer Murders, populist TV is deeply interested in criminal behaviour, motivation, the impact of crime on ‘ordinary’ citizens and on the heroic efforts of the police and criminal justice systems to redress this impact. 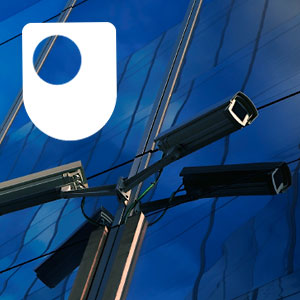 If you feel that you are being watched, it may well be that you are. Surveillance is an ever...

With the advent of camera phones and YouTube, however, there is a new dimension to the creation and experience of crime narratives. It is increasingly common, as the BBC/OU production Our Crime shows, for the perpetrators themselves to capture the experience of, for instance, joyriding in a double decker bus and to post this image on YouTube within hours, even minutes. As OU academic Mary Kehilly (see the Our Crime debate) describes, there is a clear narrative to the experience expressed by those engaged in these activities – there is daring, excitement and, in the end, some kind of dramatic culmination of the event:, whether this is the car crash, the run from the police, or the ownership of a large, flatscreen telly…

The desire to document, to create a visual story, seems also to have permeated society more widely. We are all, criminals, police, ‘ordinary citizens’, at the centre of our own stories – and the widespread availability of dramatic narratives, particularly those featuring crimes and crime solving, perhaps unsurprisingly influences our perceptions of what makes for a good story.