Professor Derek Matravers considers the treatment of cultural heritage in war and the philosophical questions that need to be asked to protect cultural property.

The treatment of cultural heritage in war

In his great account of the Korean War, T.R. Fehrenbach reflects on what was the state of military thinking until relatively recently: ‘An American commander, faced with taking the Louvre from a defending enemy, unquestionably would blow it apart or burn it down without hesitation if such would save the life of one of his men (T.R. Fehrenbach, This Kind of War, Kindle Edition, loc. 3401)’. Although nobody would deny that soldiers, at least those fighting in a just war, are permitted to defend themselves, there is surely cause to be concerned about the destruction of historically and culturally important objects in war zones – such objects embody our cultural identity and our cultural memory.

Wars, at least wars between states, are governed by international law – in this case, the ‘laws of armed conflict’ and states have attempted to include in these law restrictions on the treatment of cultural heritage. Current law is based on the 1954 ‘Hague Convention for the Protection of Cultural Property in the Event of Armed Conflict’, which was supplemented by two protocols (in 1954 and 1999). Articles 4.1 and 4.2 are as follows:

1. The High Contracting Parties undertake to respect cultural property situated within their own territory as well as within the territory of other High Contracting Parties by refraining from any use of the property and its immediate surroundings or of the appliances in use for its protection for purposes that are likely to expose it to destruction or damage in the event of armed conflict; and by refraining from any act of hostility, directed against such property.

2. The obligations mentioned in paragraph 1 of the present Article may be waived only in cases where military necessity imperatively requires such a waiver.

As Fehrenbach makes clear, such laws have, in the past, been more honoured in the breach than in the observance. However, prompted by recent carnage in the Middle East and elsewhere, the militaries of all nations, and the international community more generally, has been moved to take an active interest in enforcing these laws.

In September 2016, judges at the International Criminal Court in the Hague sentenced Ahmad al-Faqi al-Mahdi to nine years in gaol for war crimes. He had been found guilty of involvement in the destruction 10 mausoleums and other religious sites in Timbuktu, in Mali. al-Mahdi was a member of a hardline Muslim group who regarded the sites as idolatrous. In 2017, the British Government finally ratified the 1954 Convention, which not only means our armed forces are legally obliged to obey all of the rules, but we are also required to recruit our own ‘monuments men’; cultural property experts who will go, in uniform, to wherever the army goes.

The laws of armed conflict are grounded in a branch of philosophy called ‘just war theory’. This goes back at least to medieval times; time in which monarchs needed to know both when they were justified in going to war, what they were permitted to do when fighting wars (although the record of armies in those times make current armed conflict seem relatively benign). The focus on the protection of cultural property has, in turn, prompted the question as to what just war theory has to say on the issue. The answer is, sadly, very little. However, there are some extremely difficult philosophical issues that need to be sorted out if the laws are properly to be understood. I shall briefly mention three.

Secondly, article 4.2 above says that the obligation to protect cultural property can be waived in cases of ‘military necessity’. An action is counted as militarily necessary if it needs to be done to secure a military advantage, is proportionate, and if there is no feasible alternative. Just war theory has a lot to say on these issues; however, it is all couched in terms of balancing risks to human life. That is, proportionality deals (for example) with the balance between reducing threats to soldiers and increasing threats to civilians. The issue of what counts as an alternative becomes increasingly complicated; is a possible course of action an alternative if it would prevent damage to cultural property, but increase the risk of casualties?

Finally, there is the issue of what to do with the cultural property once it has been damaged or destroyed. Should it be repaired or even, if it has been obliterated, replaced? The consensus among heritage professionals is that it should not be – but why? It seems there would be some loss of value, but what would is the nature a loss? If it is repaired or replaced, what is the aim? To make it appear as it did immediately before it was damaged, or when it was in its prime? Should we amend the structure is some way – for example, by putting in a lift for the disabled? If not, why not?

Clearly, if progress is to be made on these issues we will need to draw upon a range of expertise: philosophers, lawyer, politicians, the military, heritage professionals, and others. However, if we can do something to mitigate the destruction of culture and memory around the world, it will be worth it. 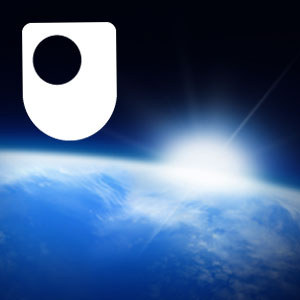 Philosophy and the Human Situation

Philosophy and philosophical enquiries are relevant in some shape or form to many aspects of everyday life, for example our treatment of the environment, the rapidity of today's technological progress, whether animals should have rights and if so how they should compare to ours. Philosophy also encompasses questions about the existence of God, how life is sustained on earth, and even at what point should the Government intrude on a person's freedom. This album introduces the study of philosophy and the human situation, and contains talks and debates from leading philosophical thinkers and teachers, past and present. This material forms part of The Open University course A211 Philosophy and the human situation. 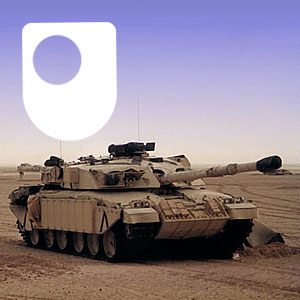 How can we prevent a country from returning to civil war? When and how should external parties intervene in serious conflicts? This album looks at the decade of violence and destruction that occurred in Sierra Leone in the 1990's. Now that peace has finally come about through the efforts of the international community, it's time to debate whether the root causes of war have been adequately addressed, and what lessons can be learned. 50% of Sierra Leoneans are under 15 and unskilled. Lack of education, poverty and unemployment are still rife and it's this lack of development that gives rise to conflict. Views from all sides are presented, including those of women, disaffected youth, members of the RUF and the new peace-keeping forces, to provide an in-depth analysis of the complexities of the aftermath of a civil war. In the academic perspective, Helen Yanocopulos, Senior Lecturer in International Politics and Development at The Open University provides insight into the educational value of the Sierra Leone case study. This material is taken from The Open University course TU875 War, intervention and development.