I’m Sara Haslam, and I’m a member of the Department of English & Creative Writing at the OU, and Chair of Y031, the Arts and Languages Access module. I’m researching the work of suffragette medics at the moment, so it’s a real pleasure to be able to focus my thoughts on a suffrage banner today as I talk about popular protest in history.

When I hear the word ‘suffragette’, or come across it in print somewhere, I see visual images. The most powerful include Emmeline Pankhurst caught up in the physically restraining arms of a policeman at the gates of Buckingham Palace when she tried to present a petition to the king. Or how about the grainy footage of the Epsom Derby in June 1913, when Emily Wilding Davison was fatally wounded after running under the hooves of the king’s horse. But this popular protest, which became militant after the founding of the Women’s Social and Political Union, also advertised and energised itself visually from the start. Its banners were key to the campaign, and we have one of its most striking examples here to discuss today. Mary Lowndes was a painter and stained glass artist, born in Dorset, who founded the Artists’ Suffrage League in 1907. She made this banner in 1908, a key year for the campaign for the vote for women. Lowndes and her colleagues founded the Artists’ Suffrage League to ‘further the cause of women’s enfranchisement by the work and professional help of artists’. They were dedicated enough to colour posters by hand, but they also designed around 80 banners carried in the National Union of Women’s Suffrage Societies procession on 13th June 1908. They made many of the banners too or outsourced the work. The Women’s Social and Political Union held a demonstration in Hyde Park the following week. Elizabeth Robins wrote in the Daily Mail that ‘The moment of entering the Park was a thing to remember. Thousands of banners were shining in the sunlight of a perfect afternoon…’ These women knew about spectacle. At that Hyde Park demonstration, bugles gave a pre-arranged signal and women would rise out of the crowd, each lifted by those near her, before making her speech. Suffrage banners often named famous women, as Lowndes did on the one we can see here.

On August 1st, 1786, Caroline Herschel had become the first woman to discover a comet. Born in Hanover, Germany, in 1750, she worked alongside her astronomer brother, making significant further discoveries of her own. The circular appliqued panel at the bottom of the banner contains representations of the stars she studied. The blue and gold might be said to symbolise the ethereal realm she worked in, but in 1828, when she was 75, the Royal Astronomical Society awarded her a gold medal for her contribution to scientific discovery. All of this, the Daily Mail description of the shining banners, the glittering surface of the banner, the facts of Hershel’s life and work, combine to render this example of popular protest a particularly effective one, to my mind. Mary Lowndes wrote about banner making in 1909, explaining that banners had ‘become associated with the appearance of women in public life’. She was explicitly making a link between the displays of vibrant colour, which energised and educated all who saw them, and the argument the women were making about their rights to equality with men, as speakers and voters. However, she was also keen to stress the poetry and splendour of a banner: ‘A banner is a thing to float in the wind, to flicker in the breeze’, she said. It ‘flirts’ its ‘colours for your pleasure’. You do not want to read it, as such, you want to ‘worship it’. ‘Choose purple and gold for ambition’, she advised, ‘red for courage, green for long-cherished hopes’. We see most of these colours actively calling our attention to the banner in this example, as well as the flowers that were often part of suffrage banners, for their naturalness and beauty.

The Daily Express wrote up the June 21, 1908, demo as follows: ‘The woman suffragists provided London yesterday with one of the most wonderful and astonishing sights that have ever been seen since the days of Boadicea… It is probable that so many people never before stood in one square mass anywhere in England.’ A fine example of popular protest, and one known by its banners as well as its hunger strikes and disruptions of public meetings.

This film notes that the women’s suffrage campaign ‘advertised and energised itself visually from the start’. The first record of a suffrage banner being displayed dates to a demonstration in Colston Hall, Bristol, on 4 November, 1880. Elizabeth Crawford cites this occasion in her wonderful reference guide to the women’s suffrage movement, which is a great place to go if you want further information about any aspect of campaign history, strategy, or the key figures. Crawford writes that by 1884 ‘banners were in abundance’ and that an event at London’s St James’s Hall in June that year was festooned with banners from Leeds, Edinburgh, Glasgow, Birmingham, and Newcastle.

A further prominent and significant use of a banner, also described by Crawford, was at Manchester’s Free Trade Hall in October 1905, when Christabel Pankhurst and Annie Kenney carried one bearing what became the famous slogan, ‘Votes for Women’. Christabel was Emmeline Pankhurst’s daughter, and therefore closely allied to the formation of the Women’s Social and Political Union, the militant wing of the suffrage campaign as explained in the film, in 1903. Annie Kenney was a ferociously hard-working and dedicated member of the WSPU, who undertook repeated hunger strikes and consciousness-raising activities against the establishment. Christabel and Annie received prison sentences after the event at the Free Trade Hall, at which Kenney asked a question of the Liberal politicians present – demanding to know whether women’s suffrage would be a priority for those elected – and both women were ejected and charged with disruption.

Mary Lowndes is the figure most associated with banners and banner making, and you can read her 1909 pamphlet, as well as see many more examples of suffrage designs and banners, online via the Women’s Library’s website. Demonstrating the modern fascination with this campaign’s heritage and advertising, Digital Drama commemorated the centenary of the Representation of the People Act 1918, after which some women got the vote, in its Heritage Lottery funded ‘100 Banners’ project. The inspiration and influence of the early suffrage banners are captured in 100 modern re-workings and responses. You can watch a film about the project, ‘Satin, Silk and Suffrage’.

Let's close with a reminder of what Lowndes called ‘the new thing’, meaning that colour had a ‘fresh significance’ in 1909. The new thing was ‘political societies started by women, managed by women and sustained by women.’ These societies were started to campaign and fight for the vote. Their members were focused and hard-working, and they were also colourfully minded and inspired, looking both to the past and the future, as they held their banners high.

Our 'Arts and Languages Access module' – designed to develop the key skills required for successful university study – is an ideal starting point. You will be introduced to a range of absorbing subjects to prepare you for a wide range of qualifications in the humanities, including:

The theme of popular protest runs throughout the module and is used to link the various subject areas. As part of your study you will learn to navigate an innovative and interactive module website; the perfect way to gain the study skills you’ll need to succeed in the next step in your studies.

You might be interested in exploring this related free OpenLearn course: The history of female protest and suffrage in the UK.

Some of the key questions in the world today require expertise from a range of subjects. Multidisciplinary study has always been at the heart of the Open University, and the Open degree allows you to bring together different areas of study in a completely flexible way to develop knowledge and skills. The BA/BSc (Honours) Open is a degree with a difference. Free from the restriction of a subject-specific specialism, you can set the direction of your learning. Choose from over 250 modules across 16 subject areas, to create a bespoke qualification to match your interests, and help stand out in the job market. "The fact that the OU has the option of choosing an Open degree is fabulous. So many people I have spoken to wish they?d had this option at university rather than going down one route."?Carol Dow, BSc (Honours) Open

Are you interested in the education of children aged between 3 and 12? Are you thinking about pursuing a career within education or becoming a primary school teacher? This degree will give you a sound foundation for further study relevant to a range of roles within education. You'll develop your understanding of policy and practice in primary education, and gain the knowledge and skills needed to work collaboratively and equitably in a range of settings.

If you currently work with children from birth to seven years, or are looking to learn more about young children?s lives and experiences, this degree could be of interest to you. You?ll investigate early childhood from national and international perspectives with a focus on the central importance of children?s voices and the participatory nature of young children?s experiences. You?ll also gain an understanding of early childhood in diverse social, cultural and multi-disciplinary contexts.

What makes young people tick? What shapes and influences children?s development? How can the adults who work with children support them more effectively? Childhood and youth studies is one of the UK?s fastest growing academic disciplines. We?re a pioneer in this field and have developed this degree over the last two decades. You?ll explore fascinating topics affecting the lives of children and young people today, including child development and psychology, international childhoods, research with children, and children?s literature. This wide-ranging interdisciplinary degree is suitable if you?re working with children and young people or have a general interest in the field. 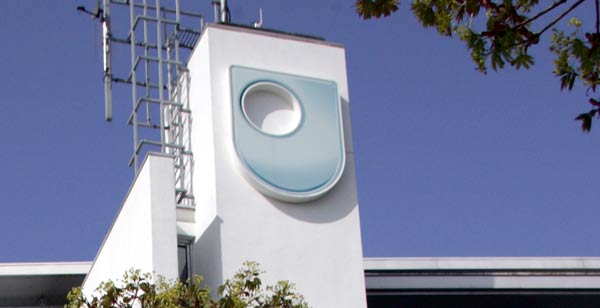 This flexible masters degree is suitable for education professionals who wish to acquire qualities and transferable skills that are highly prized by employers. You?ll have the choice of four specialist routes ? learning and teaching; leadership and management; inclusive practice; and applied linguistics. You?ll also have the option to change your specialism after Stage 1, giving you the opportunity to study two specialisms within one qualification. Your final dissertation module (with the exception of the applied linguistics route) gives you the choice of a small-scale inquiry on a topic of your choice, or you can opt to complete an extended literature review and research proposal relevant to your own educational professional interests and practice.

Have a question?
Take your learning further

Making the decision to study can be a big step, which is why you’ll want a trusted University. We’ve pioneered distance learning for over 50 years, bringing university to you wherever you are so you can fit study around your life. Take a look at all Open University courses.

If you’re new to university-level study, read our guide on Where to take your learning next, or find out more about the types of qualifications we offer including entry level Access modules, Certificates, and Short Courses.

Not ready for formal university study? Then browse over 1000 free courses on OpenLearn.