Can computers be therapists?

Can computers be therapists?

Can "e-therapies" be beneficial to those experiencing psychological issues, particularly young people? Dr Mathijs Lucassen looks at the evidence...

People can be doubtful about the potential of computers to deliver or augment talking therapies.  For instance, individuals are often skeptical about how computers could assist someone to overcome complex personal problems, and in the case of children and young people, many adults are already apprehensive about the amount of time kids spend online, with a lot of parents not wanting to encourage any further computer use.

People can also be reluctant to try something that is perceived to be very new or untested.  However, self-help utilizing modern technology for mental health problems is not a new thing, in the past mediums such as cassette tapes and VHS/video have been used as means to deliver help for psychological issues.  In fact, the first attempts at computerised therapy occurred almost 50 years ago, starting with ELIZA in the 1960’s. ELIZA aimed to simulate a therapeutic conversation using a script based on Rogerian psychotherapy.  More recently there has been a growing recognition of the scale of the unmet need for psychological therapies for mental health issues, and a knowledge that there is limited availability of clinical services, and trained practitioners to deliver talking therapies (Stasiak et al., 2015).

The rapid advancement and acceptance of computer technology in everyday life, together with a gap in clinical services, has led to “the rise of e-therapies” (Stasiak et al., 2015, p. 2), such that computerised cognitive behavioural therapy (a type of computerised/e-therapy) has been recommended by the National Institute for Health and Clinical Excellence (NICE) for adults with mild to moderate depression (NICE, 2009).  A number of computerised cognitive behavioural therapy (cCBT for short) progams have been shown to be effective in clinical trials and are available, for instance Beating the Blues here in the United Kingdom, and the ‘serious game’ SPARX for young people with depression in New Zealand.  However, it can be difficult to establish which computerised therapy program is best for each individual, fortunately a team at the Australian National University have developed the publically available tool - Beacon, which has appraised over 180 computerised therapeutic programs, and has categorized them according to common mental health (and physical health) concerns. (Christensen et al., 2010).

Computerised therapy may not be something everyone will want to utilise, but for some people it may be more acceptable and accessible than traditional face-to-face therapy.  For young people, who have been dubbed ‘digital natives’ (Stasiak et al., 2015), where computers are very much part of their day-to-day lives, computerised therapies are not the same as commercial computer games (which can become addictive).  In the field of computerised therapy, I think that one of the biggest challenges for researchers such as myself, is providing information which can steer people towards effective programs, in an environment dominated by a large number of untested interventions or websites, which can look very appealing and are widely available.  That’s why I think it is encouraging to see resources such as ‘Beacon’ being made freely available. 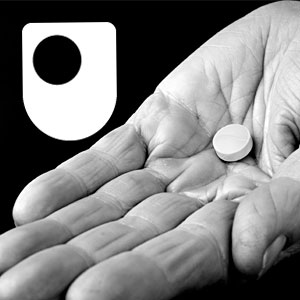 Mental health service users often feel - and often are - disempowered from taking control of their own destiny. The video tracks on this album tell the story of people who have been confined to the psychiatric wing of a large Northern hospital. Scripted and acted by mental health service users/survivors, A Quiet Night on Roundhay Wing presents an insiders' perspective on the people and practices that have dominated – and defined – their lives, often over many years. Although the events portrayed did not actually take place, it is a true story in the sense that it is grounded in and reflects people's real experiences. The audio tracks explore some of the issues raised by the drama, and present perspectives on the album from Ann Mitchell, lecturer in mental health nursing at The Open University. The material forms part of The Open University course K272, Challenging ideas in mental health.

Everywhere around the world, the suicide rates amongst men outstrips that of women. The writer Will Storr hears some stories - and asks why.