How did the USSR react to the bombing of Hiroshima?

A meeting between the US ambassador and Stalin reveals what the Soviets felt about the bombing of Hiroshima - and Churchill's return to the Opposition benches.

The report of this meeting has been declassified by the US NSA and the original can be seen in the NSA Archives.

The Ambassador began the conversation by expressing his gratification at the fact that we [the US & USSR] were once again allies. He then asked the Generalissimus what news he had of Soviet military action in the East.

The Generalissimus replied that Soviet troops had crossed the frontier both in the east and the west and had not met very strong resistance on either frontier. Soviet aircraft had bombed Changchun and Harbin by darkness. Soviet forces in the east had attacked in the neighbourhood of Gradekovo, where the railroad from Vladivostok  crosses the frontier. Another column was striking south from the Soviet border toward Hailar. A third column was moving east through the mountain pass from Charar in the vicinity of Solunshan. The cavalry force was moving from south of Ulan Bator across the Gobi desert to the Mukden region.  Thus far only advanced troops had crossed the frontier but at the moment of our conversation the main forces were beginning to follow them. The Japs appeared to be taken unawares. The Soviet forces in the region between Khabarovsk and Blagoveshchensk were not attacking yet, the idea being to wait until the attacks of the center of Manchuria had caused the Japanese to weaken their defenses on that sector, at which time these forces would also attack. There had also been no attempt to attack on the Sakhalin border, but this would be done later. The immediate objectives were Harbin and Changchun.

The Ambassador remarked that the Generalissimus had told him a year ago that he thought things would go fairly fast once Russia entered the war.

The Generalissimus said that if things went fast now it would not be due only to Russia's entry. Things were going much better in general than he had anticipated. They had not known what successes our Navy would have in the Pacific. Who would have thought, he asked, that things would have progressed so far by this time?

The Ambassador asked what he thought of the effects of the news of the atomic bomb would have on the Japanese.

The Generalissimus replied that he thought the Japanese were at present looking for a pretext to replace the present government with one which would be qualified to undertake a surrender. The atomic bomb might give them this pretext.

The Ambassador observed that it was a good thing we had invented this and not the Germans. For long, he said, no one had dared think it would be a success. It was only a few days before the President had told Stalin about it in Berlin that we had learned definitely that it would work successfully.

The Generalissimus replied that Soviet scientists said that it was a very difficult problem to work out.

The Ambassador said that if the Allies could keep it and apply it for peaceful purposes it would be a great thing.

The Generalissimus agreed and said that would mean the end of the war and aggressors. But the secret would have to be well kept.

The Ambassador said that it could have great importance for peaceful purposes.

The Generalissimus replied, "unquestionably". He added that Soviet scientists had also tried to do it but had not succeeded. They had found one laboratory in Germany where the Germans had evidently been working on the same problem but Russians could not find that they had come to any results. If they had found it, Hitler would never have surrendered. England, too, had gotten nowhere with these researches although they had excellent physicists.

The Ambassador explained that the English had pooled their knowledge with us since 1941. But it had taken enormous installations to conduct the experiments and to achieve final results.

The Generalissimus remarked that this had been very expensive.

The Ambassador agreed and said that it had cost over two billion dollars. Churchill deserved much of the credit for encouraging the development.

Stalin said that Churchill was a great innovator, persistent and courageous. He too had pushed the development of the tank at one time.

The Ambassador remarked that he had seen Churchill in London. Churchill had said he had lived a lifetime in one week. He was now full of vigor and good cheer, busily preparing to take up his role as leader of the opposition. He had said he only missed one thing, being out of office. He had been accustomed, upon waking in the morning, to press buttons and give directions which would set important matters in motion. He could not get used to not being able to do this.

Stalin commented that Churchill could not be afraid of Attlee.

The Ambassador replied that Churchill was not  afraid of anyone.

See more about the 70th anniversary of the bombing of Hiroshima

Everyone has an opinion on former British Prime Minister, Winston Churchill. We take a look at some of the highlights as well as the controversies of his career.

More than 75 years ago, the fate of World War II turned on five beaches in Normandy, France. ‘D-Day’ was the greatest amphibious invasion ever attempted. History remembers it as a great victory. But research reveals that on Omaha Beach, it was very nearly a disaster.

Some nations suffered harshly during the shortages of wartime - others adapted and managed to keep their populace well-fed. Explore our map to hear some of the stories. 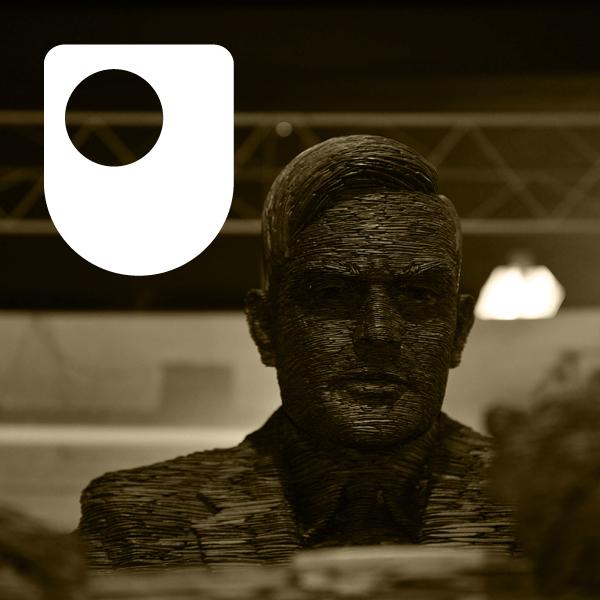 To what extent did Alan Turing influence the evolution of modern computing? The 20th Century mathematician is considered by many to be the father of computer science and many would argue that it is largely due to his research that we are able to read this text on a PC, laptop or smart phone. Aside from his contribution to maths and computing however, Turing’s influence impacted on a variety of fields including cryptanalysis and deciphering Nazi codes which helped to end World War 2. This collection examines Turing’s troubled personal life, the significance of his role at Bletchley Park, his ideas on artificial intelligence and finally examines what his legacy should be.

The Codebreakers of Bletchley Park

An unassuming building in what is now Milton Keynes played a pivotal role in the Second World War - and the development of computing.

At the heart of the code-breaking effort during WWII was an incredible piece of engineering - Colossus - the world's first programmable computing device.

Image by PDPics from Pixabay under Creative Commons BY-NC-SA 4.0 license

Track the key events in Adolf Hitler's life, including his childhood in Austria, his decisions as Fuehrer of Germany, his leadership in the Second World War, and his eventual suicide.

What is the evidence that King Edward VIII was a Nazi sympathiser?

Was Edward VIII a Nazi sympathiser? Damning evidence in the archives suggests he wanted England bombed to force an Anglo-German alliance?

Read now ❯What is the evidence that King Edward VIII was a Nazi sympathiser?

Ian Kershaw on Hitler's Place In History: The Lecture Podcast

Ian Kershaw, renowned as one of the leading experts on the Third Reich, unpicks the question of how history should view Adolf Hitler.

By Draco2008 from UK (Bletchley Park) [CC BY 2.0], via Wikimedia Commons under Creative Commons BY 4.0 license

The once-hidden connection between Asa Briggs, Mary Siepmann, Alan Turing and many others—an estate used by British codebreakers during the Second World War.

Commemoration – remembering and marking your past – makes an important contribution to our sense of community. This free course, History as commemoration, considers ways in which written texts, memorials, letters and photographs can all serve to commemorate events, people and values we wish to remember from our past.