The UK has cleaner air than in 1952 when the great smog of London descended on the capital – but not yet clean enough for thousands.

wonker under CC-BY licence under Creative Commons BY-SA 4.0 license Smog in Delhi in 2008

For Londoners approaching the mellowness of old age, today may bring back some poignant memories: the lethal great smog of London blanketed the UK capital exactly 65 years ago, bringing death to thousands of people. Now,  nearly a lifetime later, air pollution is still sending large numbers of Londoners and other Britons to an early grave.

The great smog lasted from 5 to 9 December 1952. The UK Met Office records: “The smoke-like pollution was so toxic it was even reported to have choked cows to death in the fields. It was so thick it brought road, air and rail transport to a virtual standstill.” On the Isle of Dogs, in London’s Docklands, people could not see their feet for the fog.

To remember the victims of air pollution and to stimulate ideas and action to improve modern air quality a British group, the New Weather Institute, is launching a scheme today in London.

It starts with an act of remembrance in one of central London’s most polluted spots, close to the River Thames, with the laying of a wreath of black flowers, symbolising the pollution that penetrates into people’s lungs.

But the initiative is not just about 1952, nor solely about the United Kingdom. It is a reminder that lethal air quality persists, 65 years on, in many parts of the world, causing an estimated 6.5 million premature deaths annually.

“Lots of things in life we have choices about. Breathing isn’t one of them”

After the wreath-laying, the organisers will establish a video link with Delhi, the city which has possibly the world’s worst air quality, with local people reporting on conditions there. On 3 December a cricket match in the city between India and Sri Lanka was repeatedly halted as players said they were vomiting continuously because of dangerous levels of pollution.

The event also sees the launch of a website, Clear the air – a tale of two cities, which tells the stories and hopes of people living parallel lives in London and Delhi for whom air pollution is inescapable. It includes people who work on the street in both cities, those who drive taxis, are runners, work professionally to tackle air pollution, and those who live with its health consequences.

Over 4,000 people are thought to have died in London’s 1952 smog. By today 8,700 people in London will have died prematurely in 2017 because of major air pollutants, with more than one person an hour dying before their time. Globally, premature deaths linked to air pollution are estimated to be more than 12 per minute, or about one every five seconds.

People are also being invited to share their experiences of air pollution on social media with the hashtag #SmogDay – because, for some, the New Weather Institute says, pollution in cities is a problem that never goes away.

Ending the air pollution that causes early death and makes the lives of millions much more difficult will also tackle the emissions that lead to climate change, the Institute stresses.

This is a time of year when swathes of the most populated parts of the planet suffer choking pollution. But despite the clouds of smog, it says, too often this is an invisible problem. And even when it is in clear sight, finding reasons not to act is often easy.

Another Asian capital with an unenviable record for its pollution levels is Beijing, although it does not reach Delhi’s saturation. For Beijing, separating cause and effect in the relationship between climate change and air quality is not straightforward.

At the UN HQ in New York, 193 countries are involved in negotiating a series of resolutions on pollution, and cities everywhere are being encouraged to be part of UN Environment’s BreatheLife campaign to improve urban air quality.

The great smog of 1952 led to UK legislation on clean air. But campaigners insist that that now needs updating, with a right to clean air enshrined in law.

“Lots of things in life we have choices about. Breathing isn’t one of them,” says the New Weather Institute. “We hope Smog Day becomes an annual day which helps keep the issue visible for the whole year.”

Electric bus was killed off 100 years ago

The electric bus and other vehicles could have been running in the UK over a century ago, if fraudsters had not stifled clean transport at birth.

Read now ❯Electric bus was killed off 100 years ago

New studies confirm climate change’s triple risk to Europe. The heat is on, lives are at risk and the floods are arriving earlier. 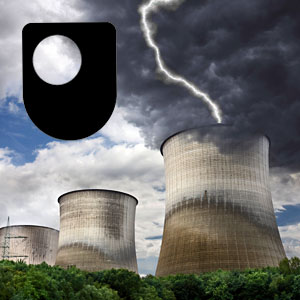 The 2009 United Nations Climate Change Conference in Copenhagen presents a new focus for international debate and decisions about energy and its use. What are the countries of Western Europe and Scandinavia doing to promote sustainable energy production? Just how different will the future energy map of Europe look? And is energy policy principally a scientific issue or a political one? This album contains a series of films exploring energy policy in various countries around Europe in 2006, framed by audio pieces recorded by Open University academic Godfrey Boyle in the run up to the Copenhagen Conference. He highlights the central issues that the conference aims to address, and gives an update on how European energy policies have changed since the films were made. This material forms part of The Open University course T206 Energy for a sustainable future.

Human societies have to take urgent action to end their dependences on fossil fuels. We have to alter the whole path of our development and decision making in order to make our societies both environmentally adaptable and sustainable. This free course, Climate change, takes on the task of trying to chart some of the ways in which it might be possible. 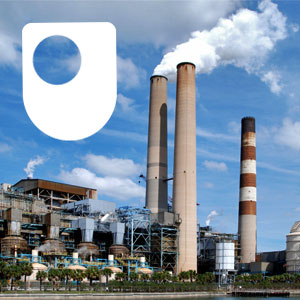 How we can be sure our air is safe to breathe? This album introduces the principles and concepts of air quality management and looks at how we analyse pollution control problems. Five video tracks review the nature and characteristics of air pollution today and demonstrate how air quality data is interpreted. They include a comparison between shipping and car emission levels, the processes used to remove pollutants from the air, and ways in which British Aerospace could limit its Volatile Organic Compound emissions in the future. This material forms part of T308 Environmental monitoring, modelling and control. 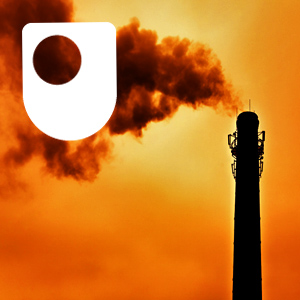 What’s in the air you breathe and how do you know it’s safe? Pollution control is vital since nobody has a choice when it comes to inhaling the air around them. This album introduces the scientific processes behind air monitoring and air quality management. The five video tracks explore the nature of pollution arising from different forms of transport, and look at how data is interpreted and how pollutants can be minimised. To complete the album, Senior Lecturer Rod Barratt explains the choice of some of the case studies provided, and unpicks the issues that emerge, while Dr Suresh Nesaratnam gives an overview of The Open University course. This material forms part of The Open University course T210 Environmental control and public health.