Women have played a significant role in the areas of chemistry, the environment and health. Here are just six key players...

The contribution of women as scientists in the areas of chemistry, the environment and health are hugely significant and far-reaching. Here are just a few examples which illustrate the breadth of their previous and continuing contributions.

Marie Curie was the first woman to win a Nobel Prize and the only woman to win twice and in multiple disciplines. Marie won the Nobel Prize in Physics in 1903 with her husband Pierre Curie for their studies on the radiation phenomena discovered by Professor Henri Becquerel.
In 1911 she won the Nobel Prize in Chemistry for the discovery and study of the elements radium and polonium. These discoveries and further work at the Curie Institute in Paris developed the technique of implanting a small radioactive material into a tumour which is known as brachytherapy and is used to treat certain cancers.
It is noteworthy that in 1935 their daughter Irène along with her husband Frédéric Joliot were jointly awarded the Nobel Prize for Chemistry for their synthesis of new radioactive elements.

MRC Laboratory of Molecular Biology, CC BY-SA 4.0 , via Wikimedia Commons under Creative Commons BY-SA 4.0 license
Rosalind Franklin obtained a degree in chemistry at Cambridge University before studying the porosity of coal for her PhD. Her work was important as it was performed during wartime and it helped predict the properties of carbon based materials used for fuel and in devices such as gas masks.
However, she is better known for performing much of the pioneering X-ray crystallography that helped determine the structure of DNA. An X-ray photograph of DNA is shown in Figure 1b, and Figure 1d shows a model of its structure.
In 1962 the determination of the structure of DNA using X-ray diffraction by Maurice Wilkins, Francis Crick and James Watson was rewarded by the Nobel Prize for Medicine.
Sadly Rosalind was not named in the Nobel Prize citation, as she died before the award was made, and Nobel Prizes are not awarded posthumously. She additionally led pioneering work on both the polio virus and tobacco mosaic virus.

National Potrait Gallery under Creative Commons BY-NC-ND 4.0 license
X-ray crystallographic research now extends into the determination of the structures of very large molecules in biological systems. In early studies the problems of solving the structures of molecules in living systems were immense, because of their sheer size. Dorothy Hodgkin was a key early pioneer in such studies.
After graduating from Oxford, she went to Cambridge and studied crystallography with J. D. Bernal, but shortly returned to Oxford, where she worked for the next 33 years. She is one of many women who have excelled in the field of crystallography.
Dorothy famously elucidated the structure of penicillin G, before turning her attention to vitamin B12, used in the treatment of pernicious anaemia. In 1964 her success in determining this structure won her the Nobel Prize for Chemistry. The following year, she was appointed to the Order of Merit, the first woman to be given this honour since Florence Nightingale. In 1969, she finally solved the structure of the hormone insulin. She retired in 1988 after 18 years as the Chancellor of Bristol University. She was awarded an honorary doctorate from the Open University in 1979.

Rachel Carson (1907–1964) majored in biology and obtained an MSc in zoology before she become famous as both an author and researcher. Her later work, for which she is most famous, focussed on environmental issues in particular the overuse of artificial pesticides, such as DDT (dichlorodiphenyltrichloroethane).
Her concerns were highlighted in her book, Silent Spring, which has significantly influenced the subsequent development of the chemical industry. Silent Springs has widely been credited as helping launch the environmental movement.

Miki Koren, Weizmann Institute of Science CC BY-SA 3.0 , via Wikimedia Commons under Creative-Commons license
In 2009 the Nobel Prize in Chemistry was awarded to Ada Yonath along with Venkatraman Ramakrishnan and Thomas Steitz for studying the structure and function of Ribosomes. DNA is a well-known molecule that contains important information about a human being. However the task of transforming this information into living matter involves the vital work of ribosomes.
Using the information in DNA, ribosomes make proteins including hormones such as insulin, haemoglobin to transport oxygen in our blood, antibodies vital to the immune system, and the collagen within our skin. There are thousands of proteins in the body each exhibiting different structures and functions that together serve to control the chemistry of life.

Mark Reynolds, CC BY-SA 4.0 , via Wikimedia Commons under Creative Commons BY-SA 4.0 license
Professor Lesley Yellowlees was the Royal Society of Chemistry’s (RSC's) first female president holding the position during 2012 to 2014. She is an avid campaigner for equality and diversity and launched the 175 Faces of Chemistry in October 2012. During each of the 175 weeks an ambassador or role model for future generations of scientists was featured leading up to the RSC's 175th anniversary on the 23rd February 2016.
The 175 Faces of Chemistry was core to a series of RSC activities celebrating the diversity of the individuals, who have helped and continue to shape chemistry and science as a whole. Lesley Yellowlees is a Professor in Inorganic Electrochemistry at the University of Edinburgh. Her research focusses on the redox properties of compounds many of which contain a transition metal. Such properties find many applications from solar energy conversion to catalytic processes and chemical biology pathways. She was awarded an honorary degree from The Open University in November 2014.

Find out more about women in science 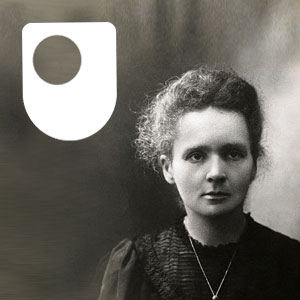 How have individual female scientists contributed to the advancement of science through time? To celebrate the 100th anniversary of International Women’s Day (March 8th) and to mark International Year of Chemistry 2011, The Open University asked some of the female scientists currently working in its Faculty of Science, to nominate their personal choice of outstanding woman of science. The female scientists nominated include several Nobel Prize Laureates, such as Marie Curie, Dorothy Hodgkin and American geneticist, Barbara McClintock. The academics also talk about their own experiences of being a woman in the sciences today.

Returning to a STEM career? Reboot Your STEM Career is a comprehensive interactive toolkit to help you relaunch your career and navigate your way back into the world of Science, Technology, Engineering and Maths. Build on areas such as work-life balance, professional skills, entering the world of work, how to present yourself, searching for jobs and how to network.

This free badged course, Returning to STEM, offers useful skills and solutions to help you get back into a career in science, technology, engineering or mathematics (STEM).