Dr Richard Marsden from The Open University discussed on BBC Radio Wales about the installation of the statue of Henry VII at his birthplace of Pembroke, and what it means to his ambiguous reputation in Wales today.​

Photo by Reading Tom under Creative Commons BY 4.0 license Henry VII - born Henry Tudor - was born at Pembroke Castle in 1457

Photo by Gareth Williams under Creative Commons BY 4.0 license A view of Pembroke from Pembroke Castle, Wales

Photo by Andrew (Local Boy Done Good) under Creative Commons BY 4.0 license The statue of Henry VII is in front of his birthplace, Pembroke Castle

Discover more about Tudor and Wales

How did Tudor Londoners get around?

How did the people in Early Modern London know the names of the streets?

Read now ❯How did Tudor Londoners get around?

OU on the BBC: Sacred Music - Tallis, Byrd and the Tudors

16th Century England saw some of the greatest worship music being created - and there was more than just Byrd and Tallis.

Read now ❯OU on the BBC: Sacred Music - Tallis, Byrd and the Tudors

Hafan: What do you know about Welsh language and culture?

The future of Wales is as exciting as its past. Take our challenge, listen to stories from the locals and get to grips with Welsh culture and language.

Take part now ❯Hafan: What do you know about Welsh language and culture? 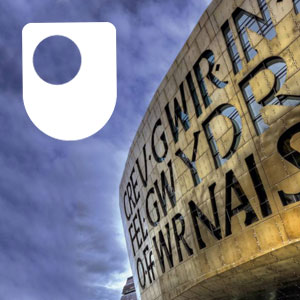 Wales is a vibrant nation with its own language, musical heritage and strong cultural identity. Central to this identity and a source of national pride, is rugby, which is deeply embedded in the national consciousness and explored in ‘Rugby and welsh identity’. Away from the sports pitch, this collection also looks at place and belonging, gender and race, nationalism and language, class, work, and political and cultural representation in Wales. This material forms part of The Open University course D172 Contemporary Wales.

Welsh history and its sources

This free course, Welsh history and its sources, is a teaching and learning resource for anyone interested in Welsh history. It contains study materials, links to some of the most important institutions that contribute to our understanding of the history of Wales, and a pool of resources that can help you understand Welsh history and the way it is studied. Included in the material is a taster of the Open University course Small country, big history: themes in the history of Wales (A182).

This free course, Discovering Wales and Welsh, introduces you to who the Welsh people are via a brief look at history and two significant figures, Owain Glyndŵr and Llywelyn the Last. You will also learn the basics of Welsh pronunciation and how to greet people in Welsh.