The growing demand for drugs in UK prisons

With prisons and the justice system in the headlines once more, Dr David Scott explores the issue of drug smuggling in UK prisons.

The terrible harms that psychoactive drugs create for both prisoners and prison officers have been laid bare in the media again and again in recent months. The historical ‘invisibility’ of what happens inside prisons has been consistently breached through the testimonies of prisoners, prison staff, prisoner families and undercover journalists.

Indeed, some of the most significant revelations came from an undercover journalist in the BBC’s Panorama documentary on HMP Northumberland which, when aired in January 2017, showed secretly recorded footage of prisoners overdosing on drugs; prisoners threatening an officer with a weapon; and of one prison officer who required hospital treatment after breathing in fumes from the psychoactive drug “Spice” (a synthetic version of cannabis). 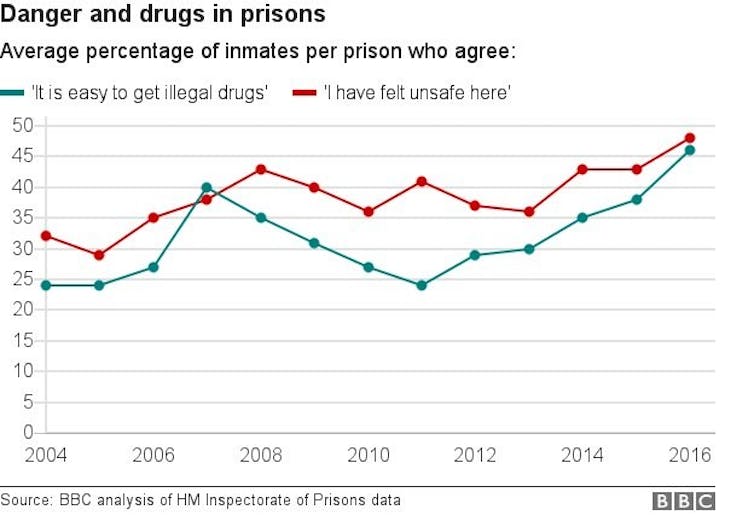 Why UK prisons are havens for illegal drugs. BBC

Concerns around how psychoactive drugs are getting into prisons (via prison visits, but also prison officer smuggling and “drones”) have repeatedly been highlighted by politicians and penal pressure groups among others. It is little surprise that media coverage has focused on the easy availability of drugs in prison and the apparent inability of prison officers to control the supply and their use by prisoners. The media has also raised questions about the authorities’ control over the prison population more broadly.

But it is important that coverage also focuses on the demand for drugs in prisons and the need to reduce the harm of drug taking for all who live or work in them.

Drug taking in prison should be considered against two of the most painful harms of imprisonment: the conscious experience of time and the loss of personal autonomy. It is well documented that prison life is both highly regulated and filled with emptiness. Drugs distort time and prisons are all about the wasting and loss of time. Many prisoners attempt to suspend time and find ways to manage life in this meaningless and dehumanising penal abyss.

Drugs, especially cannabis, can be a means of controlling unstructured time by inducing sleep, thus making time consciousness much less evident. Psychoactive drugs, such as Spice, alter perception, mood and can even induce unconsciousness. That psychoactive drugs, including Spice, cause serious damage to health and impact negatively upon behaviour is weighed against the ways in which they ease the pains of confinement for the prisoner. 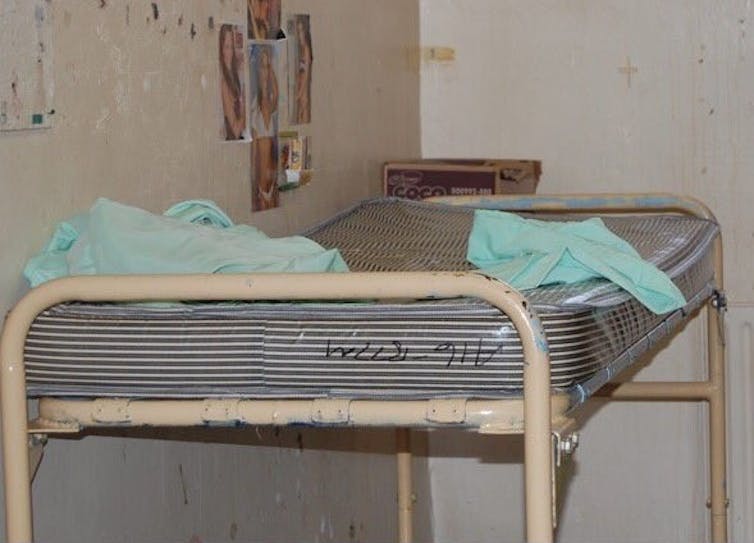 Taking drugs in prison can provide sanctuary and be a means of self-medication and self-help. Drugs can help mask the harsh realities of penal regimes and ease the consequences of being exposed to low levels of mental and physical stimulation. Prisoners often take drugs to alleviate physical or emotional pain. Drugs can become “chemical comforts” to deal with loneliness, trauma, isolation or alienation. It’s not just about hedonism.

Imprisonment is highly stressful and taking drugs can become a crucial coping mechanism to get through hard times and the mundane daily monotony of prison life. This view was endorsed in October 2017 by Peter Clarke, HM Chief Inspector of Prisons, who went as far as to argue that prison conditions are leading to “embittered and demoralised” prisoners who are looking to drugs for solace and to “break the boredom born of long periods locked in their cells.”

Other articles in the same series